Wildfires are increasing. In many parts of the USA and Canada, forest fires are becoming a more urgent problem. Their impacts are serious and far-reaching, with the smoke affecting air quality for miles around. Combined with other factors affecting today’s climate, wildfires present a real air quality problem that can affect all of us - even those who live far from a wildfire location. 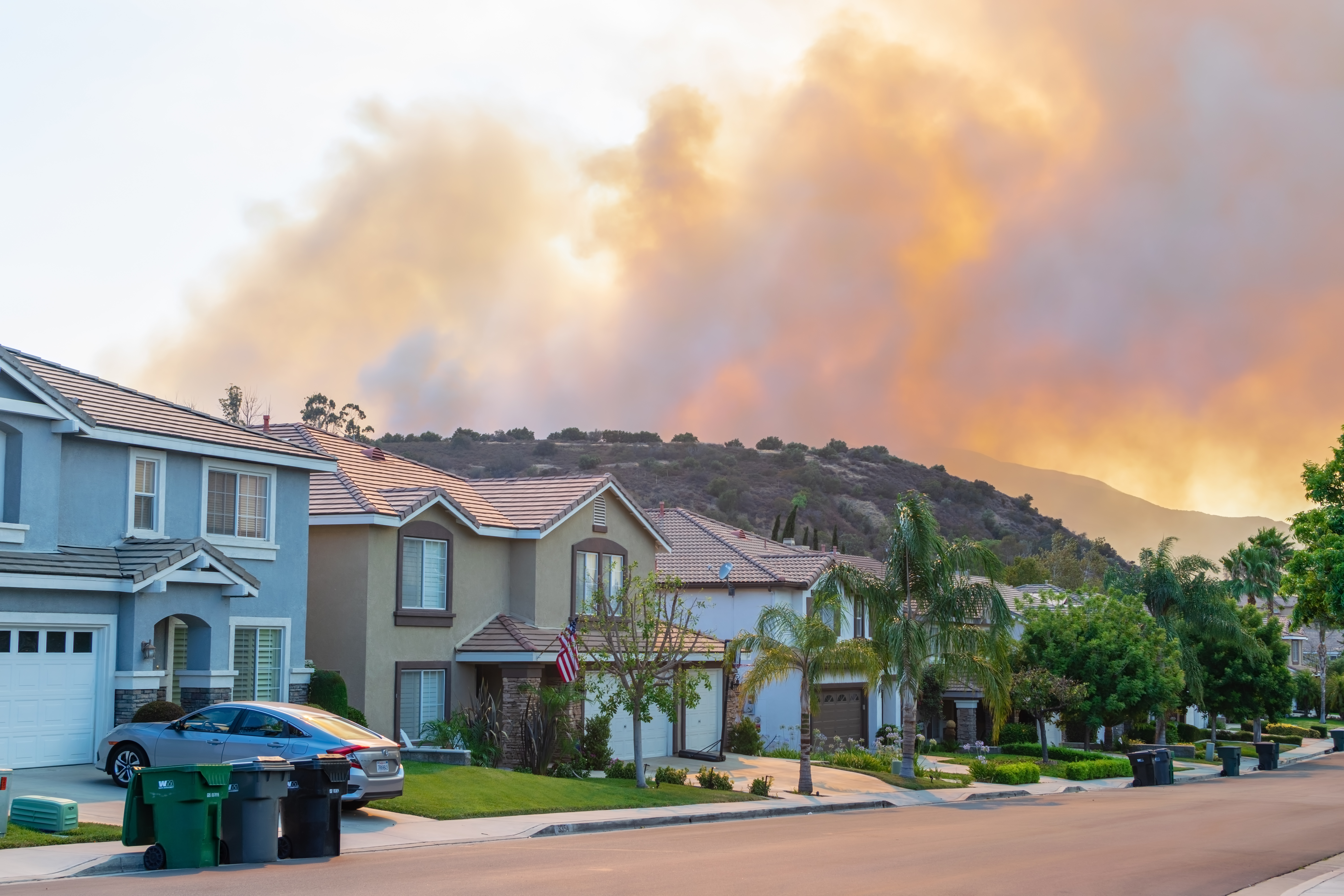 Wildfires are increasing. In many parts of the USA and Canada, forest fires are becoming a more urgent problem. Their impacts are serious and far-reaching, with the smoke affecting air quality for miles around. Combined with other factors affecting today’s climate, wildfires present a real air quality problem that can affect all of us - even those who live far from a wildfire location.

Unfortunately, nearly 85% of wildfires are caused by humans. Typical causes are campfires left unattended, burning of debris, equipment use and malfunction, poorly discarded cigarettes and even intentional acts of arson.

There are plenty of natural elements that can cause wildfires as well. Lightning is a common cause of wildfire in some areas, and volcano eruptions and pyroclastic clouds from active volcanoes have also been known to cause such fires.

Additionally, there are circumstances that make wildfires more likely to occur. You may feel as though you’ve heard about wildfires more often in the news lately. According to National Geographic, that perception is accurate. Their research states that “Increasing heat, changing rain and snow patterns, shifts in plant communities, and other climate-related changes have vastly increased the likelihood that fires will start more often and burn more intensely and widely than they have in the past.”

Simply put - a planet that is heating up makes a prime environment for wildfires. Combined with human error (or even carelessness), those factors result in dangerous and often overwhelming wildfires in many parts of the country.

Where are Wildfires Most Common?

Wildfires can technically occur anywhere but are more common in the forested areas of the United States and Canada.

California in particular has experienced multiple record-setting years when it comes to fires, with wildfires that have flattened entire towns, destroyed tens of thousands of structures, and taken hundreds of lives. Though California tends to take the brunt of wildfire activity in the US, states like Alaska and Idaho have also experienced serious wildfires. In fact, Idaho is home to several of the nation’s largest forests, and as such has had a lot of wildfires over the past few years. When looking at a percentage of acreage burned, Alaska has had more acres burned by wildfire than any other state in the United States since 1992. Texas has also seen wildfire spikes a few times over the last decade.

Peak wildfire season varies by state, but generally speaking, July and August are the most dangerous months and the summer months tend to see the most wildfires across the country. Fall and winter months tend to be less likely to experience wildfires in states that have some seasonality. In areas like California where the late summer and fall tends to dry it can be the worst time of the year, especially if there’s a drought.

It’s important to note that even though the most devastating wildfires seem to be on the westernmost side of the US and Canada, wildfires can actually occur across the country. Since many fires are caused by human interference, every single state has had wildfires before. In some areas it’s common, and in some areas less so, but no area is immune to wildfires. Wildfires are a real threat in any wooded area - and they impact much of the surrounding locale, far beyond the circumference of the fire.

What are the Effects of Wildfires?

Wildfires wreak havoc in any area where they occur. They are not only a threat to people’s health and safety, they can cause damage to buildings and impact the air for miles around. You’d probably be surprised to learn that smoke from such fires can linger in the atmosphere for weeks, traveling thousands of miles and harming the health of populations living far away. In fact, smoke from large wildfires can rise up to 14 miles into the air and be spread throughout the world due to air currents.

Other issues caused by smoke from wildfires are just as long-ranging and serious. From eye and respiratory tract irritation to longer-term problems such as reduced lung function, bronchitis, exacerbation of asthma and heart failure, the health issues caused by the fires and reduced air quality are numerous. Children, pregnant women, and the elderly are especially vulnerable to smoke exposure.

Wildfires and Our Health

When wildfires occur, it’s common for hospitals and clinics in surrounding towns to experience increased visits. According to the World Health Organization, the resulting smoke and ashes from wildfires can cause:

It’s important to remember that these health effects are not limited to the immediate area where the wildfires occur. Air quality is reduced for hundreds of miles surrounding a fire and the effects can be felt towns or even states over from the fire location.

If you live in an area that is impacted by wildfires, it’s important that you keep your indoor air as free from smoke particles as possible. A high-quality air purifier can help you stay prepared. Don’t just take our word for it: check out this New York Times article stating that when it comes to air purifiers, “on the whole, they are extremely effective at reducing the particle pollution in your home” and are an important component of battling the harmful air pollution caused by wildfires.

Many experts suggest using one or more purifiers with a HEPA filter, and Medify Air purifiers offer extra protection with an H13 Grade HEPA filter. HEPA H13 filters have been tested to capture 99.9% of particles down to 0.1 microns, capturing more smoke and dust particles, and providing the purest air possible inside your home, apartment, school, or office. Our purifier filters were designed with HEPA filtration and activated carbon which removes odors that may linger from a nearby fire.

No matter where you live, chances are that at some point your air will be affected by increasing wildfire activity. Hopefully, you already use an air purifier to keep your space clean and healthy - now you can rest assured that they also work to clear the air of smoke and associated air pollution from wildfires.

HEPA for Safety in Hospitals, Medical, and Dental Offices