Erica Staten
May 7, 2021 12:06:57 PM
The fact that there's a national holiday called Houseplant Appreciation Day demonstrates a growing interest in and use of indoor plants. Among many other reasons, some people add houseplants to freshen and clean the air in their homes... and in this article, we'll explore why they might be misguided. 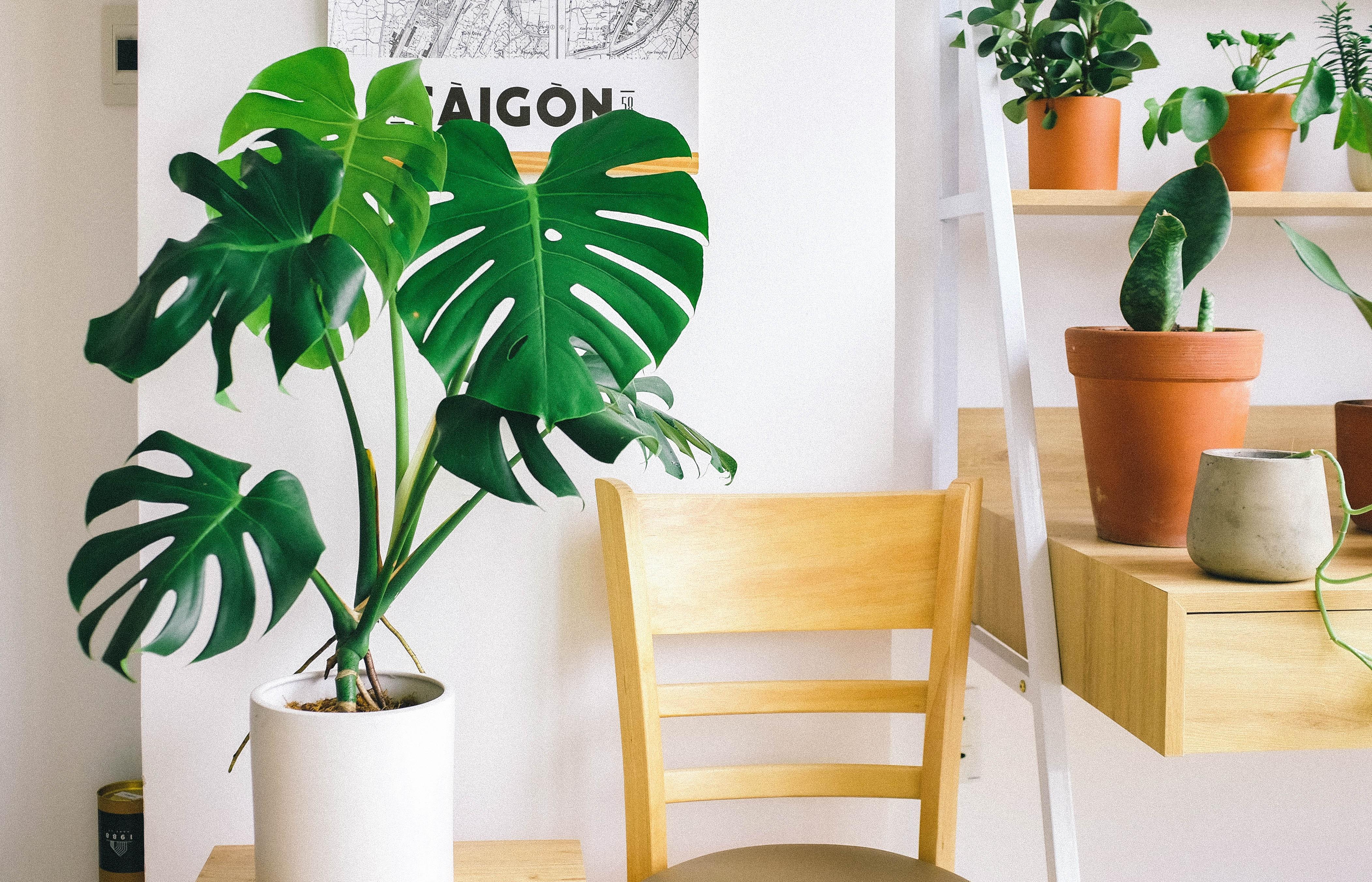 The fact there's a national holiday called Houseplant Appreciation Day demonstrates a growing interest in and use of indoor plants.

See, houseplants add beauty to your home’s interior and offer you a low-effort “pet” to be responsible for. Some studies have shown plants can also reduce stress and anxiety, boost productivity, and improve your mood. You can even use them as part of a privacy screen to shield your interior from the outside.

But with growing numbers of households adding indoor plants, it’s important to correct some underlying misconceptions — mainly, whether or not indoor plants really clean indoor air and improve your air quality.

It’s true that plants breathe in carbon dioxide as part of photosynthesis and breathe out oxygen. In theory, that could mean plants help keep your interior air nice and clean. However, do plants do enough to provide any meaningful air filtration? Those who support the use of indoor plants for air purification point to a famous NASA experiment.

In the report, NASA details a series of experiments the organization ran to test to see whether indoor plants impacted indoor air pollution. They used a variety of plants, including Gerbera daisies, English ivy, peace lilies, and bamboo palms, among others.

They placed each plant inside sealed experiment chambers in order to monitor the levels of airborne chemicals before and after placing the plant within. Ultimately, they found that various houseplants removed benzene, TCE, and formaldehyde — harmful volatile organic compounds (VOCs) — from the air.

So far, it seems that plants can remove plenty of pollutants from your home’s air. However, it’s a bit more complicated than that.

Push Back Against the NASA Report?

The NASA findings themselves are not argued. However, several scientists and professors have entered the debate — they aim to clarify the narrative that has since taken a life of its own.

Luz Claudio, a professor of environmental medicine and public health at the Icahn School of Medicine at Mount Sinai, states, “There are no definitive studies to show that having indoor plants can significantly increase the air quality in the home to improve health in a measurable way.”

She says that plants do seem to remove toxins from the air in an appreciable manner under “laboratory conditions” — such as those small, sealed chambers in the NASA study. However, Claudio says that there isn’t much hard science to back up the claim that those plants could be of the same help in your home.

Stanley Kays, professor emeritus of horticulture at the University of Georgia, agrees. He helped run a 2009 study that tested 28 different plant species to see which were most efficient at removing VOCs (specifically benzene, toluene, octane, TCE, and a-pinene) from the surrounding air.

Although they found that the plants did pull toxins out of the air, Kays notes that the results seen in those laboratory conditions don’t really carry over to a house, office, or other interiors.

First of all, the sealed container in the lab is much smaller and, of course, sealed. This is in contrast to an actual interior, which freely exchanges air with the exterior. In fact, Kays says, “There’s a phenomenal amount of air coming in and going out in most houses. From what I’ve seen, in most instances, air exchange with the exterior has a far greater effect on indoor air quality than plants.”

Additionally, plants in laboratory settings are often superior in quality due to optimal growing conditions, which impact photosynthesis processes, and therefore, the plant’s air purifying capabilities.

Kays supports the various benefits of household plants, especially regarding improved mood and increased energy levels. But he admits, “At this time, it doesn’t look like plants sitting passively in a house are effective enough to make a major contribution to purifying indoor air.”

Plants convert carbon dioxide into oxygen through the process of photosynthesis. Thus, it is indisputable that plants are essential to human life.

Nonetheless, the current dialogue surrounding indoor plants and air purification has spun from the initial scientific findings of 1989. The original NASA report itself concludes with the following statement:

“Activated carbon filters containing fans have the capacity for rapidly filtering large volumes of polluted air and should be considered an integral part of any plan using houseplants for solving indoor air pollution problems.” (page 18)

The study itself recommends a supportive role. Indoor plants – like all plants – increase oxygen indoors and absorb certain VOCs, like benzene and formaldehyde, in laboratory settings. They also smell nice, which definitely doesn’t hurt.

But whether indoor plants make a noticeable impact on indoor air quality is more complicated. Indoor plants can serve multiple functions for your home, but they should not be substituted for activated carbon filters and air purifiers. Instead, use them primarily for decoration and to lift your mood and spirits. Any minor air purification they provide is an added benefit, even if just psychologically.

With that in mind, consider getting yourself an air purifier from Medify to ensure your indoor air stays clean. You can view our full selection of purification products by clicking here.